Ian Bostridge’s international recital career has taken him to the Salzburg, Edinburgh, Munich, Vienna, St Petersburg, Aldeburgh and Schwarzenberg Schubertiade Festivals and to the main stages of Carnegie Hall and the Teatro alla Scala, Milan. He has held artistic residencies at the Vienna Konzerthaus and Schwarzenberg Schubertiade (2003/04), a CarteBlanche series with Thomas Quasthoff at the Amsterdam Concertgebouw (2004/05), a Perspectives series at Carnegie Hall (2005/06), the Barbican, London (2008), the Luxembourg Philharmonie (2010/11), the Wigmore Hall (2011/12) and Hamburg Laeiszhalle (2012/13). In the 18/19 season Ian undertook an auspicious Artistic Residency with the Seoul Philharmonic Orchestra, the first of its kind for the ensemble.

His operatic appearances have included Aschenbach Death in Venice for the Deutsche Oper; Peter Quint for the Teatro alla Scala; Handel’s Jeptha for Opéra National de Paris; Lysander A Midsummer Night’s Dream for Opera Australia and at the Edinburgh Festival; Nerone L’Incoronazione di Poppea, Tom Rakewell and Male Chorus The Rape of Lucretia for the Bayerische Staatsoper; Don Ottavio for the Wiener Staatsoper; Tamino Die Zauberflöte, Aschenbach Death in Venice and Jupiter Semele for English National Opera; Peter Quint The Turn of the Screw, Don Ottavio Don Giovanni and Caliban Adès The Tempest for the Royal Opera House and Madwoman Curlew River in the Netia Jones staging for the London Barbican, which was also seen in New York and on the west coast of America.

Concert performances and other notable events have included the War Requiem with the London Philharmonic Orchestra under Vladimir Jurowski; Les Illuminations with the Royal Concertgebouw Orchestra under Andris Nelsons; European, American and Asian recital tours of Schubert’s Winterreise with Thomas Adès; Britten’s War Requiem with the Staatskapelle Berlin and Antonio Pappano and Berlioz’s Les nuits d’été with the Seattle Symphony and Ludovic Morlot.

Recent engagements have included a European recital tour with jazz pianist Brad Mehldau of his composition for Ian, The Folly of Desire; a world premiere of a new commission by James MacMillan with the London Symphony Orchestra for the WW1 centenary, recordings of the major Schubert song cycles live at the Wigmore Hall with pianists Lars Vogt and Thomas Adès, Des Knaben Wunderhorn with Barcelona Symphony and Marta Gardolińska and Winterreise with Sir Antonio Pappano at the Pierre Boulez Saal Berlin. In the 20/21 season Ian gave a lecture series for the University of Chicago and took up the position of Visiting Professor at the Munich Hochschule für Musik und Theater.

Future highlights include Britten’s War Requiem with Kent Nagano and the Tonhalle-Orchester Zürich, the Konzertchor Darmstadt and the Boston Symphony Orchestra cond. Sir Antonio Pappano; Schwanengesang at the Wigmore Hall and Des Knaben Wunderhorn for Orchestre de Chambre de Paris, both with Lars Vogt; Winterreise with Sir Antonio Pappano at the Bayerische Staatsoper and with Thomas Adès for Auditori de Barcelona; Les Illuminations with Barcelona Symphony Orchestra and Orchestra della Toscana and a return to the Elbphilharmonie Hamburg with Cappella Neapolitana. 21/22 also sees European tours with Europa Galante of Monteverdi’s Orfeo and The Seasons with the Orchestra of 18th century; a US tour with Basel Chamber Orchestra; further performances with jazz pianist Brad Mehldau of his composition for Ian, The Folly of Desire at the MITO and Verbier festivals; the release of his latest album on the Pentatone label as well as collaborations with Angela Hewitt and long-standing duo partner, Julius Drake.

His book Schubert’s Winter Journey: Anatomy of an Obsession (The Pol Roger Duff Cooper Prize, 2016) was published by Faber and Faber in the UK and Knopf in the USA in 2014. 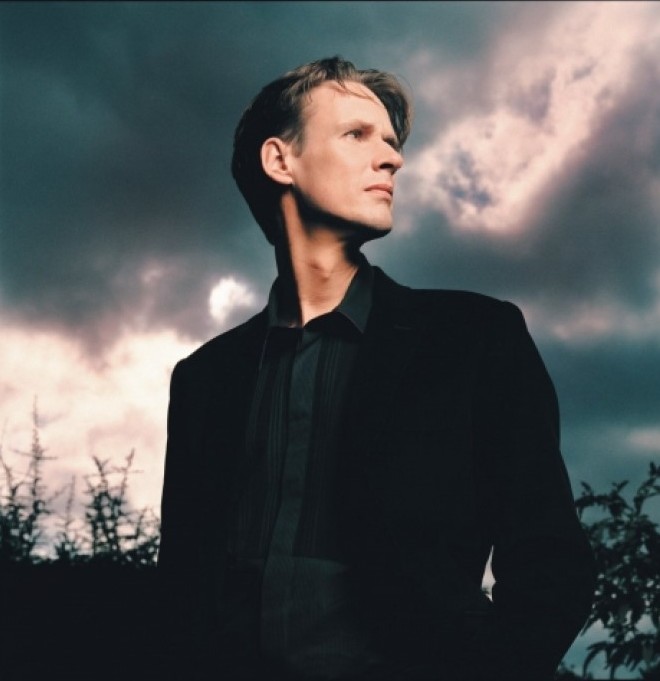